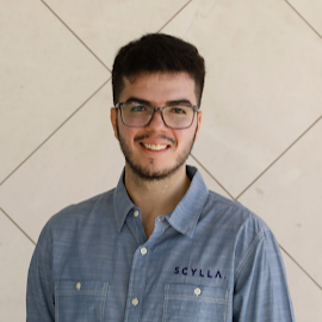 Carvalho took his first steps into the open source world by contributing to the Linux kernel and Syslinux, which is a suite of lightweight IBM PC bootloaders. Carvalho joined Cloudius Systems (pivoted to ScyllaDB), an Israeli startup, which has been his workplace since then. Back then, he worked on OSv, an open-source modular unikernel to run unmodified Linux apps on the cloud. As of October 2014, he worked on Seastar, the famous framework for writing high-performance servers on modern hardware. As of 2015, he started working on ScyllaDB, a NoSQL data store compatible with Apache Cassandra that works on top of Seastar. In 2018, Raph became fascinated with the Meltdown security bug and worked directly with the researchers who disclosed it, having his name listed in the official Meltdown paper for presenting a real-world exploit in collaboration with Pavel Boldin.